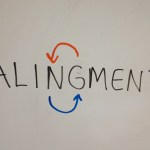 It’s been almost a month since Chicago Ideas Week #CIW 2013 wrapped – after attending 17 different events I’m still absorbing a lot of mind blowing stories and great tools.  But the one thing that has persistently occupied my mind is the epic battle of the Perfect vs Imperfect, which at times as haunted me more often than I’d like ... END_OF_DOCUMENT_TOKEN_TO_BE_REPLACED 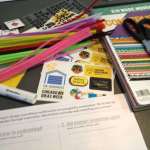 Chicago Ideas Week (CIW) 2013 has come and gone – once again, this year’s Innovation Labs did not disappoint.  I was fortunate to attend five really amazing lab sessions and walked away with a whole new cadre of design thinking techniques and tools to spice up my team’s as well as my own innovation work.  Like most people, the images ... END_OF_DOCUMENT_TOKEN_TO_BE_REPLACED 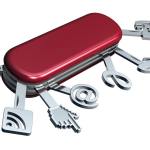 Last week, the Chicago chapter of the American Marketing Association (AMA) brought together powerful +100 year-old consumer brand Walgreens with clever, rising startup Georama to share how they each built sticky customer experiences through a committed focus to creating social media utility. Walgreens is no stranger to serving the utilitarian needs of its customers on a daily basis.  A few ... END_OF_DOCUMENT_TOKEN_TO_BE_REPLACED 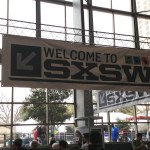 It’s that time of year…March Madness is upon us.  For most, it’s the season for NCAA championship ball accompanied by frothy green pints of Irish ale.  But for the techno-geeks, creative chics and other innovator-enthusiasts, the early part of March heralds a 5-day pilgrimage to Austin, TX for the annual South by Southwest Interactive (SXSWi) or ‘Southby’ experience as it’s ... END_OF_DOCUMENT_TOKEN_TO_BE_REPLACED 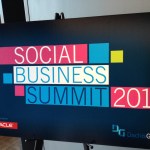 Yesterday, I spent the day with the Dachis Group at their annual Social Business Summit (SBS), now in its 4th year as a mecca for industry thought leaders and brand pioneers to exchange insights and challenge one another in their approach to social business.  The fantastic speaker lineup included vanguard strategists and authors of the models and frameworks defining the ... END_OF_DOCUMENT_TOKEN_TO_BE_REPLACED 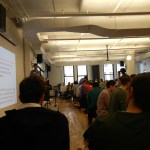 Ah, the lure of the social media check-in…you may be asking, what’s all the hype about?  Is it the vain need to inform the world of where you are every moment? A serendipitous tool for finding a lunch partner or meeting up with a former colleague you didn’t know was in the same town or airport as you?  Perhaps it’s ... END_OF_DOCUMENT_TOKEN_TO_BE_REPLACED 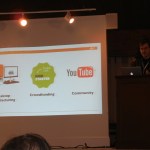 Innovation continued its disruptive march in 2012 – across not only the tech and communications fields, but other more mainstream industries such as healthcare, sports, retail and in-home appliances as well.  Its transformative pace is accelerating as fiesty digital trends quickly evolve into new business models and product inventions. Last December, I was invited by Engauge’s Digital Innovation Group (DIG) ... END_OF_DOCUMENT_TOKEN_TO_BE_REPLACED 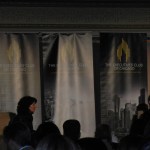 How do you go from a relegated British 50’s classic to become one of the world’s most innovative retail brands ranked by Fast Company?  For Burberry, it took a zealous focus led by its CEO, Angela Ahrendts, to target Millennials head on and go after their native digital world. Last November, I had a chance to hear Ahrendts speak at ... END_OF_DOCUMENT_TOKEN_TO_BE_REPLACED 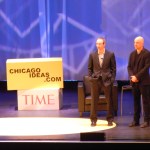 My inner tech geek got a chance to indulge itself with cartoons, StarTrek and V references and a sneak peek at one of the hottest 3-D printing products to hit the streets at a few of the CIW talks last week.  Both sessions I attended served up meaty insights and perspectives from heavily road-tested entrepreneurs and change agents along with ... END_OF_DOCUMENT_TOKEN_TO_BE_REPLACED 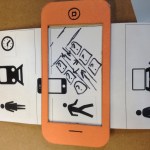 I spent much of my CIW 2012 Week right in the lab – no, these were not the terrible 4-hour chem labs that cloaked entire Tuesday afternoons over my first-year at UVa – instead, I spent 90-minute power brainstorm sessions sans white coat with a lot of markers, post-its, legos and play dough. Not a Bunsen burner in sight. Each ... END_OF_DOCUMENT_TOKEN_TO_BE_REPLACED